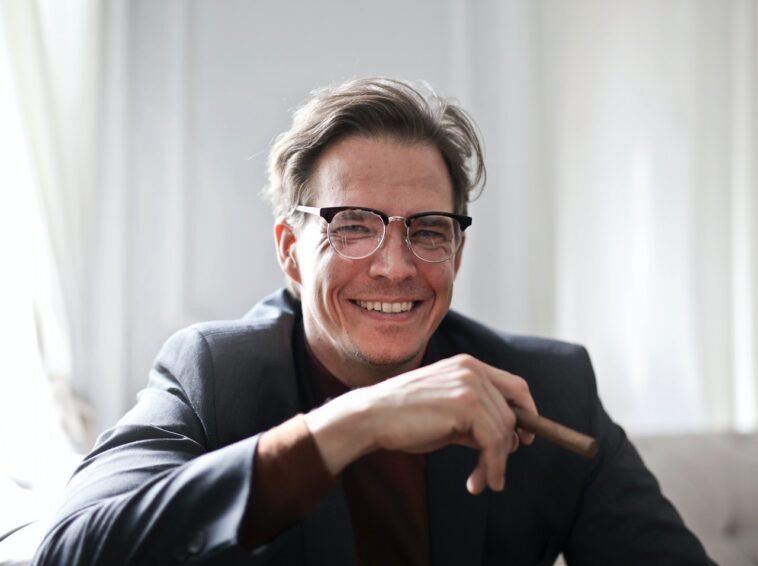 There are two things a man never forgets – his first love and first cigar.

Well, both are toxic if you fall too deeply in love with them. And, that’s why we recommend readers to try out their first cigar, but go slow with it.

As a beginner, you might have many questions in your head. There are some wandering misconceptions too.

There is a common misconception that you smoke cigars and cigarettes the same way. It is wrong because cigarette smoke is inhaled to let the nicotine get into the bloodstream. But when it comes to cigars, it is not about puffing and inhaling all the smoke into your lungs.

Welcome to the world of cigars! We are going to give you a deep insight on how to smoke a cigar. In fact, most of you are wondering whether or not one should inhale cigars. The answer is right HERE!

You do not inhale cigar smoke. Period. Cigars are premium handmade tobacco products, that are savored for their taste and aroma. Unlike cigarettes, cigars are best enjoyed aloof, in a laid-back manner. A lot of knowledge goes into cigar manufacturing, each piece of a handcrafted cigar has a lot of precise efforts behind it. They are enjoyed like a glass of fine wine or whisky. Just as it is shameful to gulp down a glass of whisky without enjoying its fine taste, one should not hurriedly smoke a cigar.

What happens if you inhale cigar smoke?

Long-term inhaling of cigar smoke is extremely harmful to your body. It contains nicotine, carbon monoxide, hydrogen cyanide, and other chemicals in double the quantities found in cigarettes.

Cigarette smoke is lighter as compared to cigar smoke. Also, you are supposed to enjoy a cigar slowly and not finish a pack. That’s the reason why cigars are much more expensive than your regular ciggys.

Here’s a rule you need to follow – don’t inhale, just enjoy the feeling of smoking one cigar.

So, if you are a beginner, you can learn TO SAY no to inhaling cigar smoke. If you used to smoke cigarettes, it might be hard for you not to inhale the smoke. But with practice, you can avoid inhalation.

As they say, everything comes with practice.

How to smoke a cigar?

Rule number one is not to inhale a cigar. The second rule would be to take time to savor your cigar. When it comes to the cigar, it is not the quantity but the quality that matters. You can take a puff, roll it over your mouth. The nicotine will get absorbed through the mucal lining in your mouth. It is because, cigars are made from aged tobacco leaves unlike cigarettes, so they are easily absorbed even from the palate.

It is a method often used by cigar smokers. You can take in the cigar smoke through your mouth and exhale it out through your nose. It can take your cigar smoking experience to a whole new level. However, if you are a beginner, you might want to wait for sometime before you try out retro haling. It is usually done by more advanced smokers, it is also a bit uncomfortable when the smoke gets through the nose initially.

If you have are a habitual fast smoker new to cigars, you can get a cigar with a pointed butt. It will restrict the frequency of puffs you take, so you can transition to a seasoned cigar slow-smoker. Also, thinner cigars burn faster than thicker ones. Another important thing is to avoid going for full-bodied, intense cigars if you are a beginner. You can ask the storekeeper to help pick up a mild cigar to acclimatize before you jump to more complex varieties.

Check out the ash

Master the art of soft puff

You don’t have to take strong, vehement puffs out of a cigar. Take gentle puffs with enough smoke to hold inside your mouth. You can know the limit of the puff required to comfortably hold in your mouth. While you take a puff, notice whether it reached your throat. If it has got there, you might want to take a softer puff next time. Occasionally, you might inhale some smoke into your lungs. But doing it often is harmful to your body. You might even get cigar sickness if you are a beginner taking in too much smoke than you can handle.

If you are new to cigar smoking, the first thing you should master is not to smoke a cigar hurriedly. You can take time to enjoy the cigar, its taste and scent, and how you relate to it. Initially, you might have to try out different cigars until you find one that syncs with your palate. While you continue your cigar journey, you can keep these tips in your mind and enjoy cigars the way they are meant to be taken.

There is also a contrary opinion that there is nothing wrong with inhaling cigar smoke. Technically, nicotine in the cigar does not have to reach the lungs for absorption while in the case of cigarettes, they need to reach the lungs, otherwise, they do not give any effect.

Always remember that a cigar is quite large as compared to your regular ciggys. Even if it is a mild cigar, the smoke will be thick and hot. Moreover, it gets absorbed by your lungs too quickly. Hence, its important to NOT inhale it. 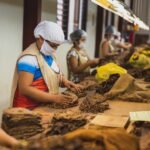 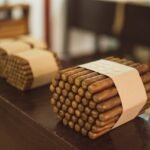